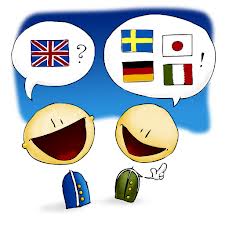 If globalization has affected international trade at the street level, you can bet it has worked its way even deeper into online business, if only sometimes.

Unfortunately, that “sometimes” means that people try to expand into foreign markets before they’ve considered all the problems and pitfalls that can arise.

There are some obvious aspects of marketing to people in another country that many businesses try to over-simplify. A US online business trying to approach an Italian market will know that they need to have an Italian language website. But it is much more complex than simply translating the content of your pages into proper italiano.

First, in marketing terms, there’s more than one Italian language. The north and south of the country are very different cultures, with significant differences in the way they speak (and expect to be spoken to). The cultural aspects of the idiom you’ll be using become very important. This is definitely not a job for Google Translate or Babelfish!

Second, every part of the world has certain colloquialisms that may be unique to the local culture, and many also have certain informal terms that would be inappropriate for a business page. That’s one reason why it’s critical to have your marketing content prepared by someone that doesn’t just speak the language… they’re intimately familiar with the culture.

There are tons of chilling stories of how marketing efforts have gone south because of a failure to have that local touch involved in vetting a campaign. For instance:

There are hundreds of such tales of marketing blunders to be found, if you want a good laugh. But none of us wants to be the one laughed at. And inadvertently putting a client in such a position can have catastrophic results.

Different cultures respond to different marketing styles. What is considered a soft-sell in one country might be seen as too pushy in another. A call to action that performs well in one culture might fail miserably in another. Colors, shapes, location… all should be highly customized for the precise market you’re addressing.

In some regions, it might be perfectly acceptable to require users to register in order to shop, while in others, asking for information before they’ve committed to purchase would almost surely chase them away.

Here again, having someone that is thoroughly familiar with the market area you’re going after is a crucial element.

There are many factors to consider when designing an effective marketing campaign, most of which can vary dramatically from one culture to another. We all know that there’s no such thing as a one-size-fits-all marketing effort for different products even within the same region. Doesn’t it make sense that when going after an entirely different demographic, language or culture, each variable must be specially tailored?

Give yourself and your clients the best chance for a successful marketing effort. Approach each market on its own terms, using talented professionals that are in tune with its heartbeat.